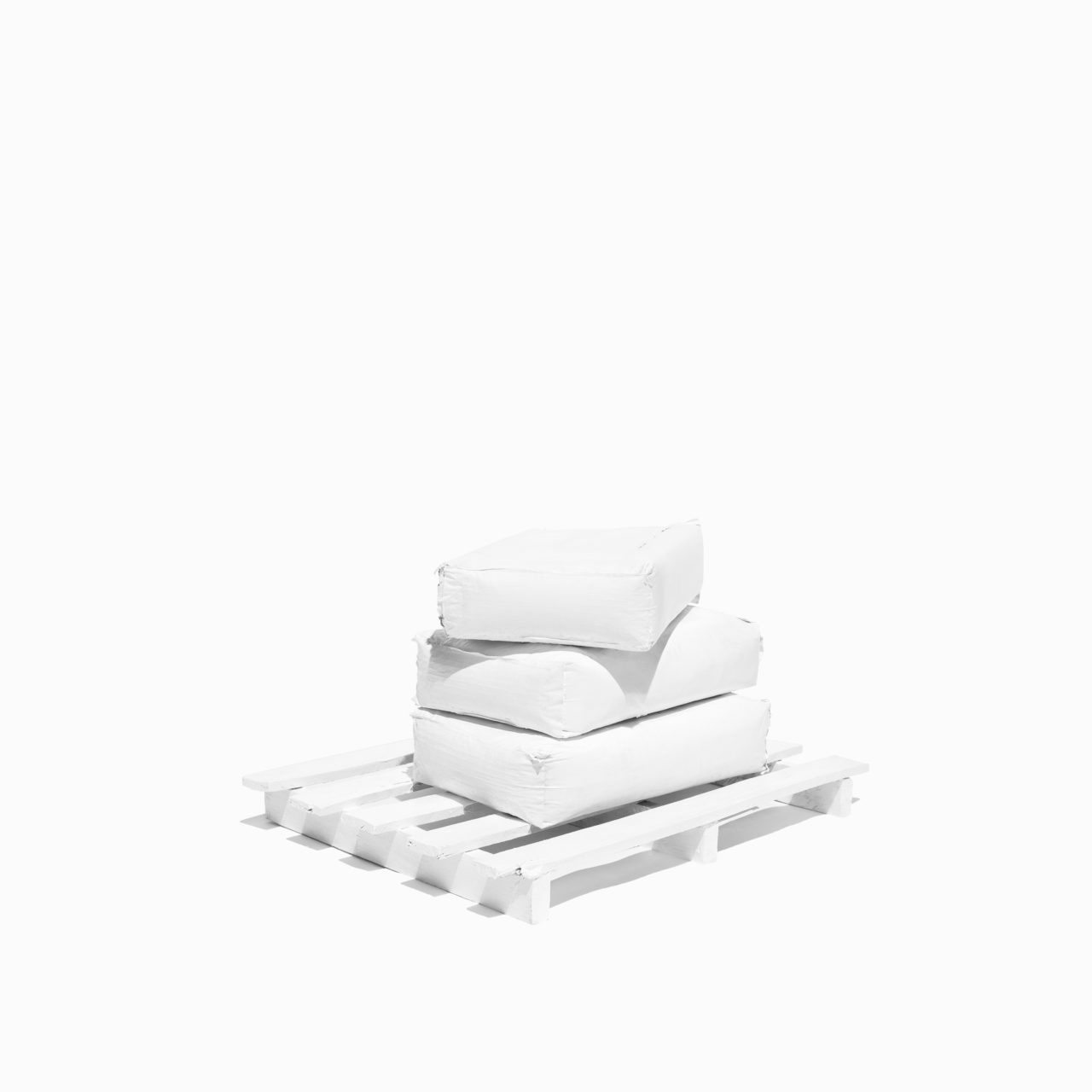 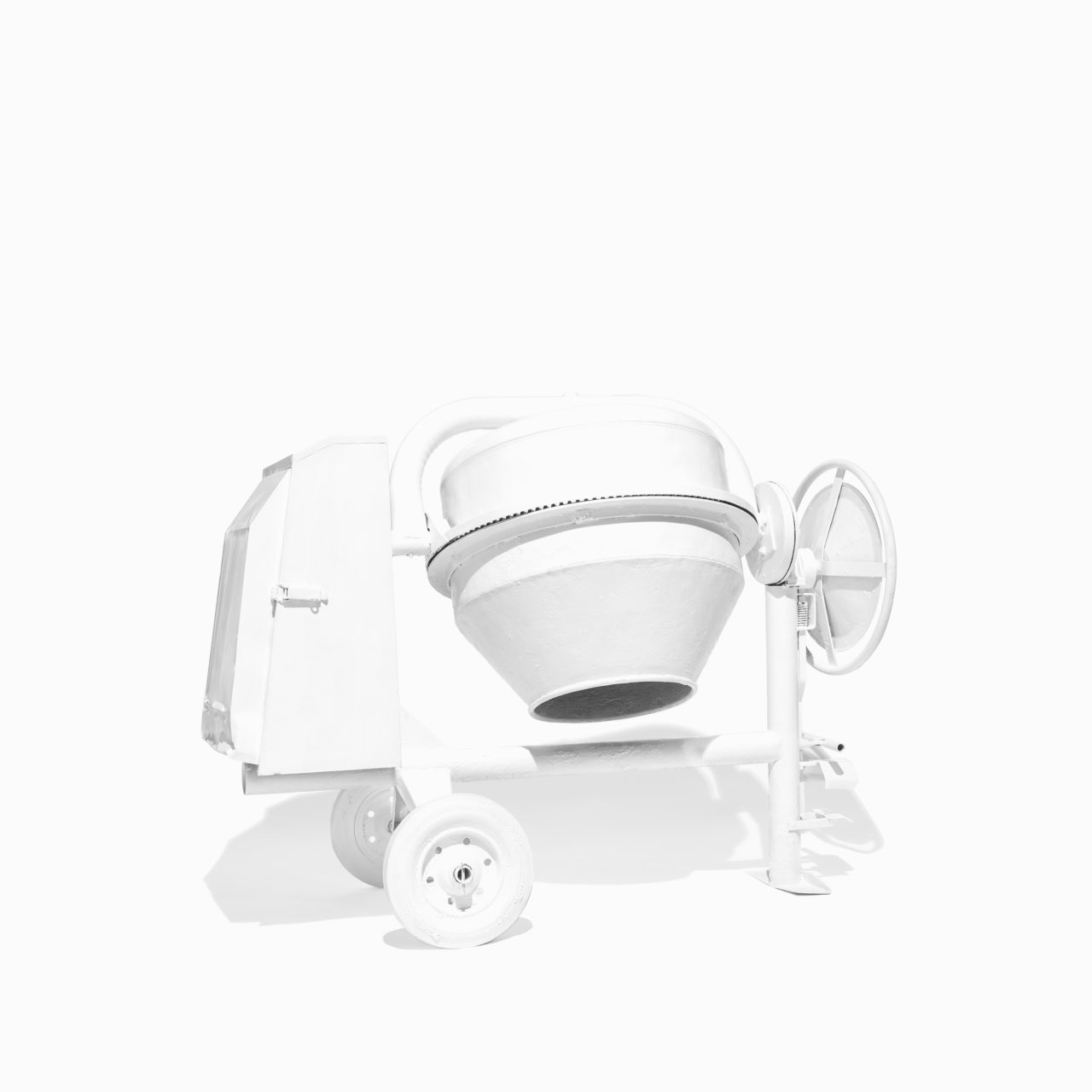 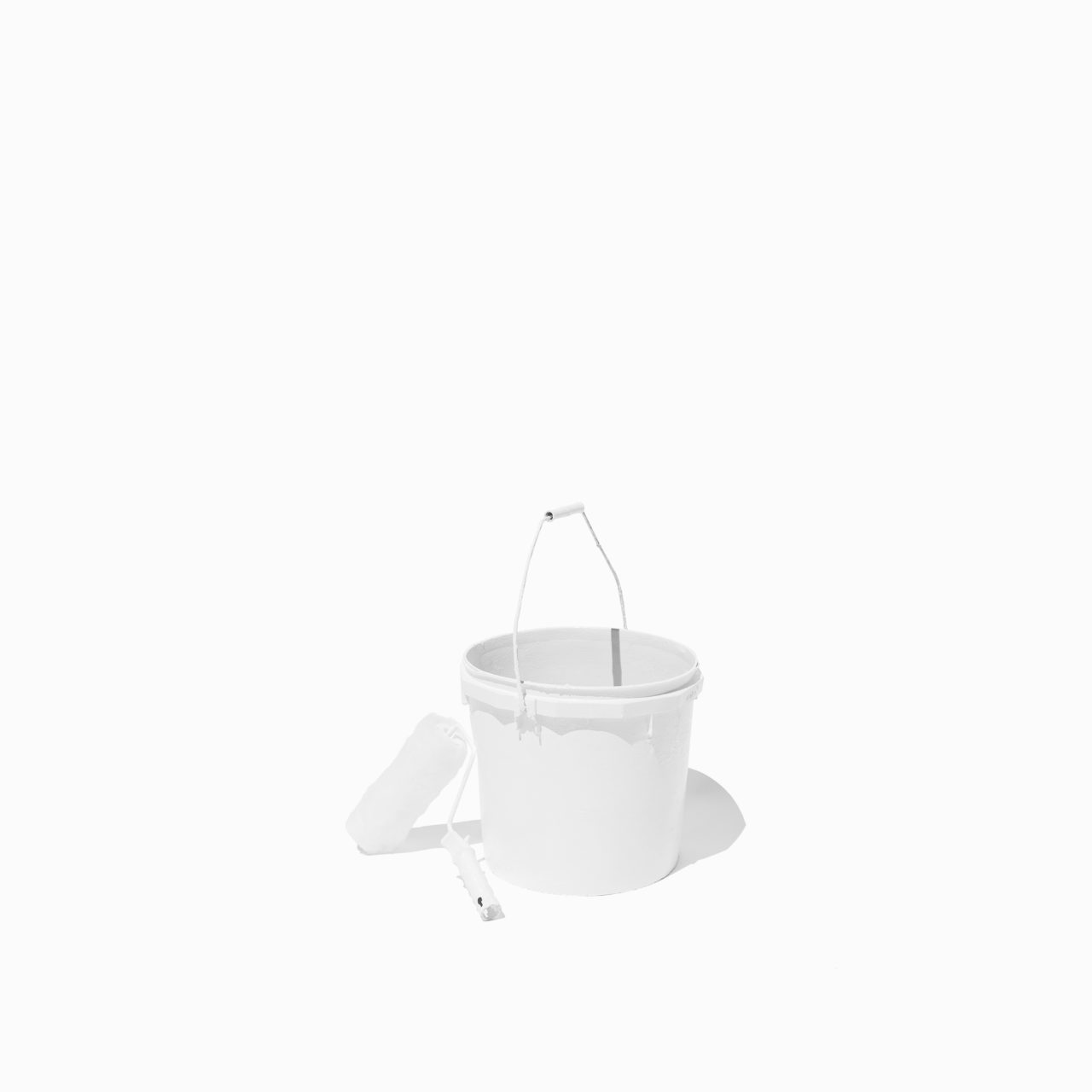 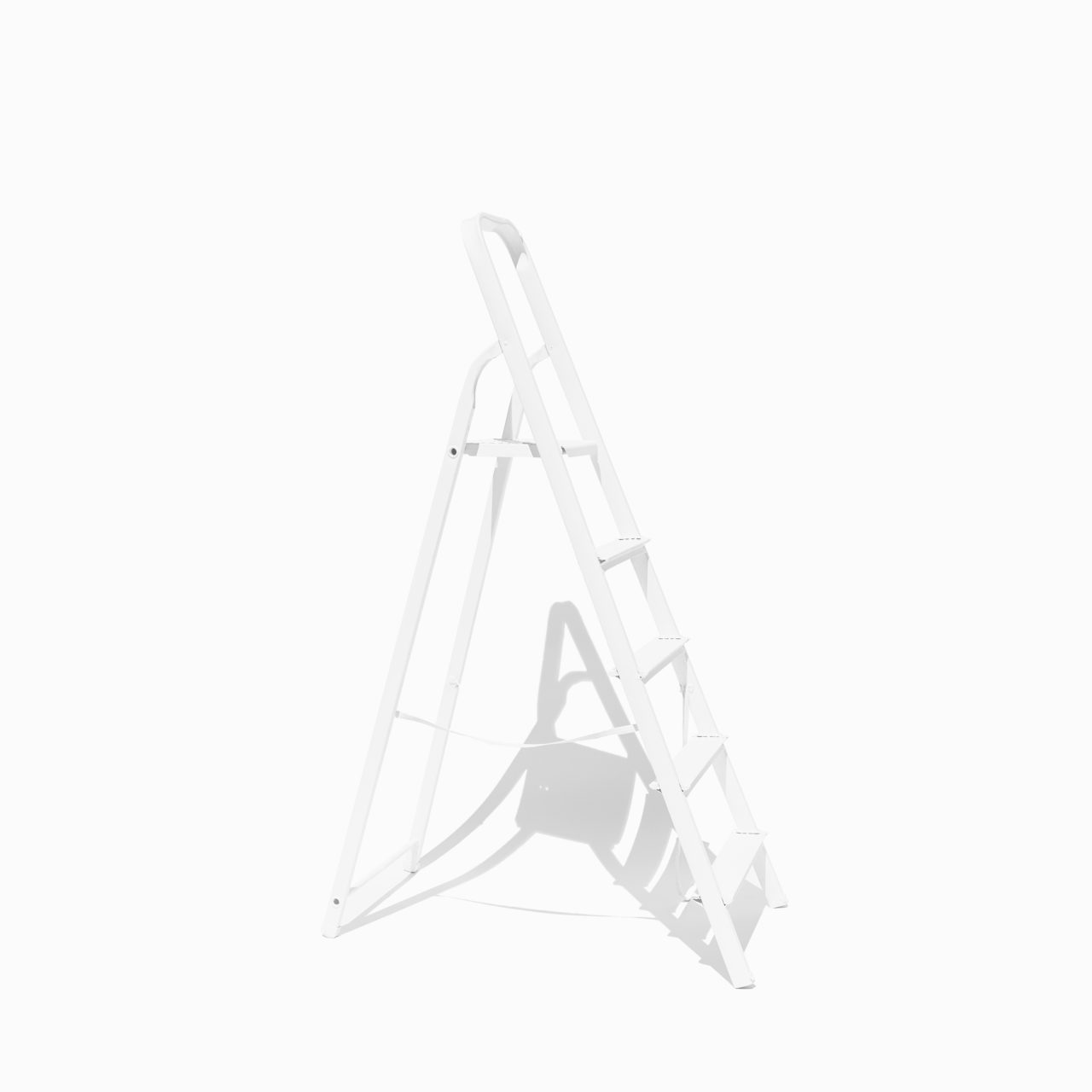 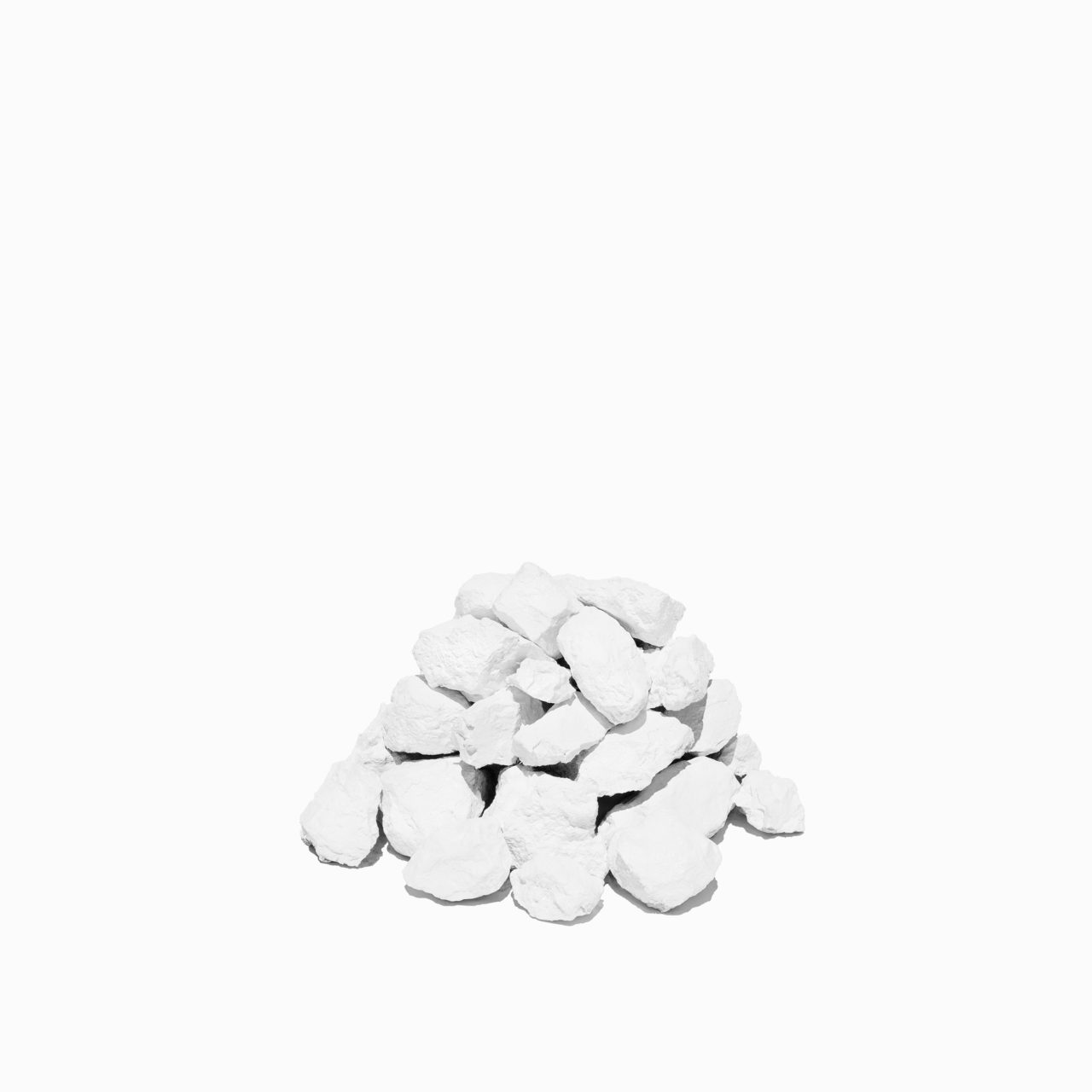 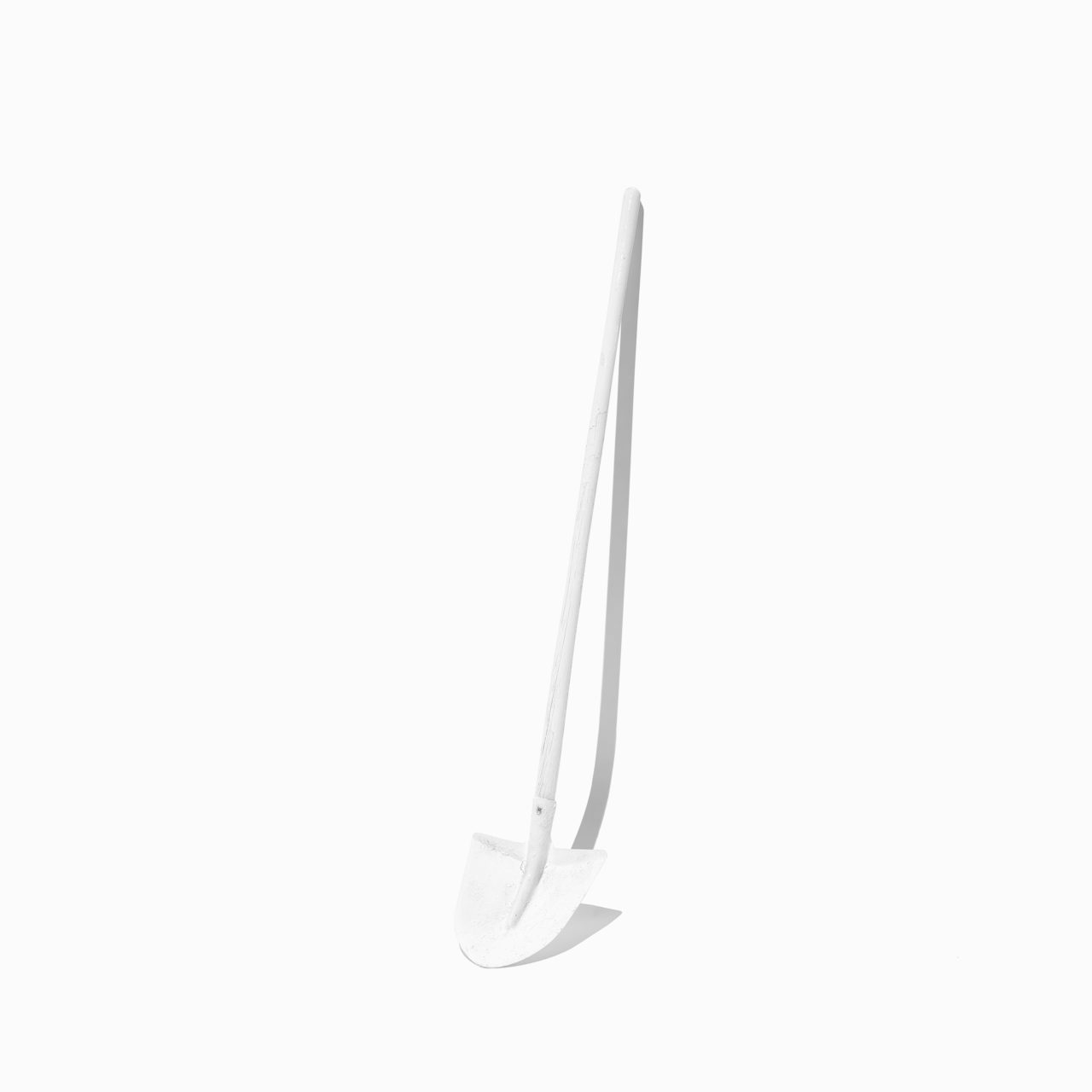 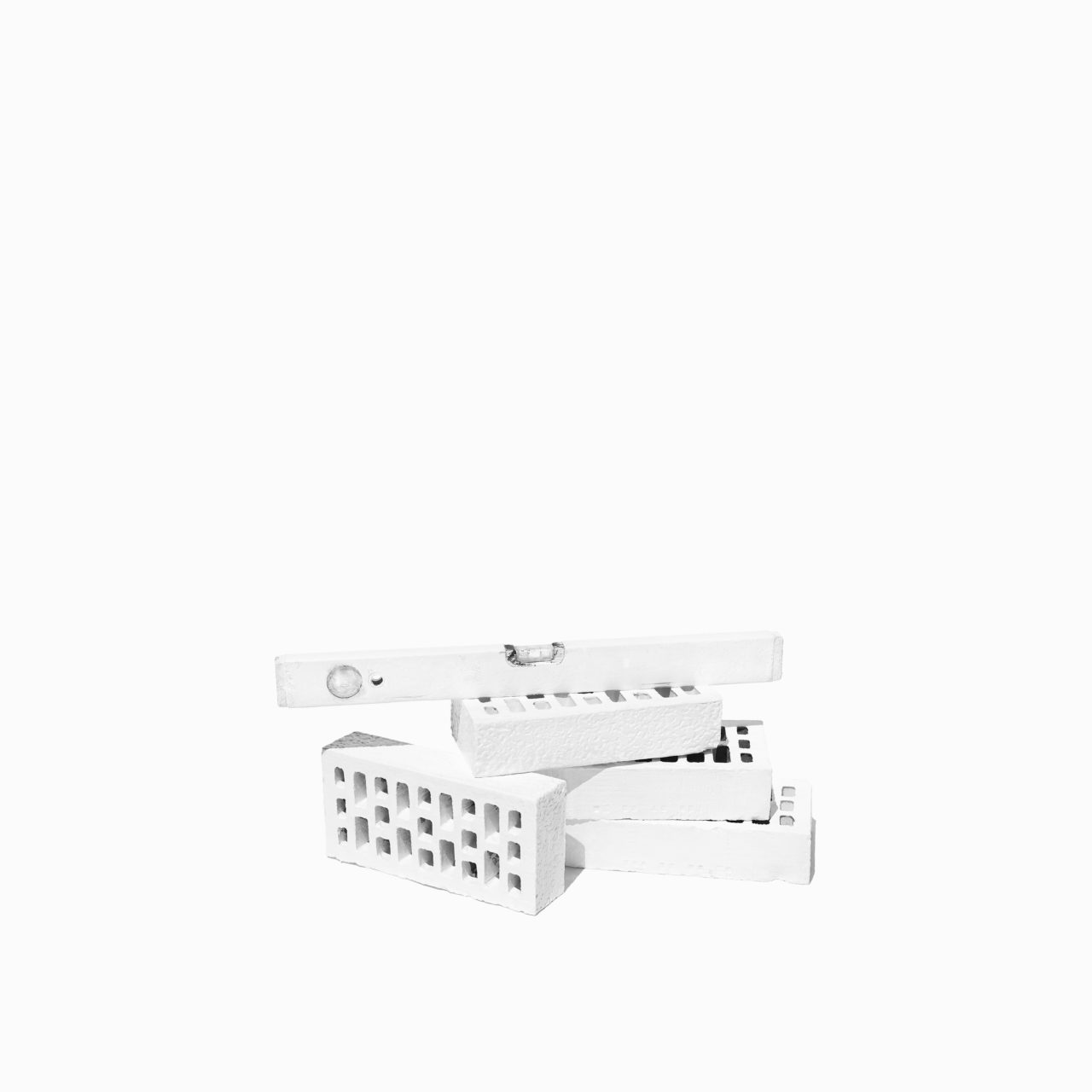 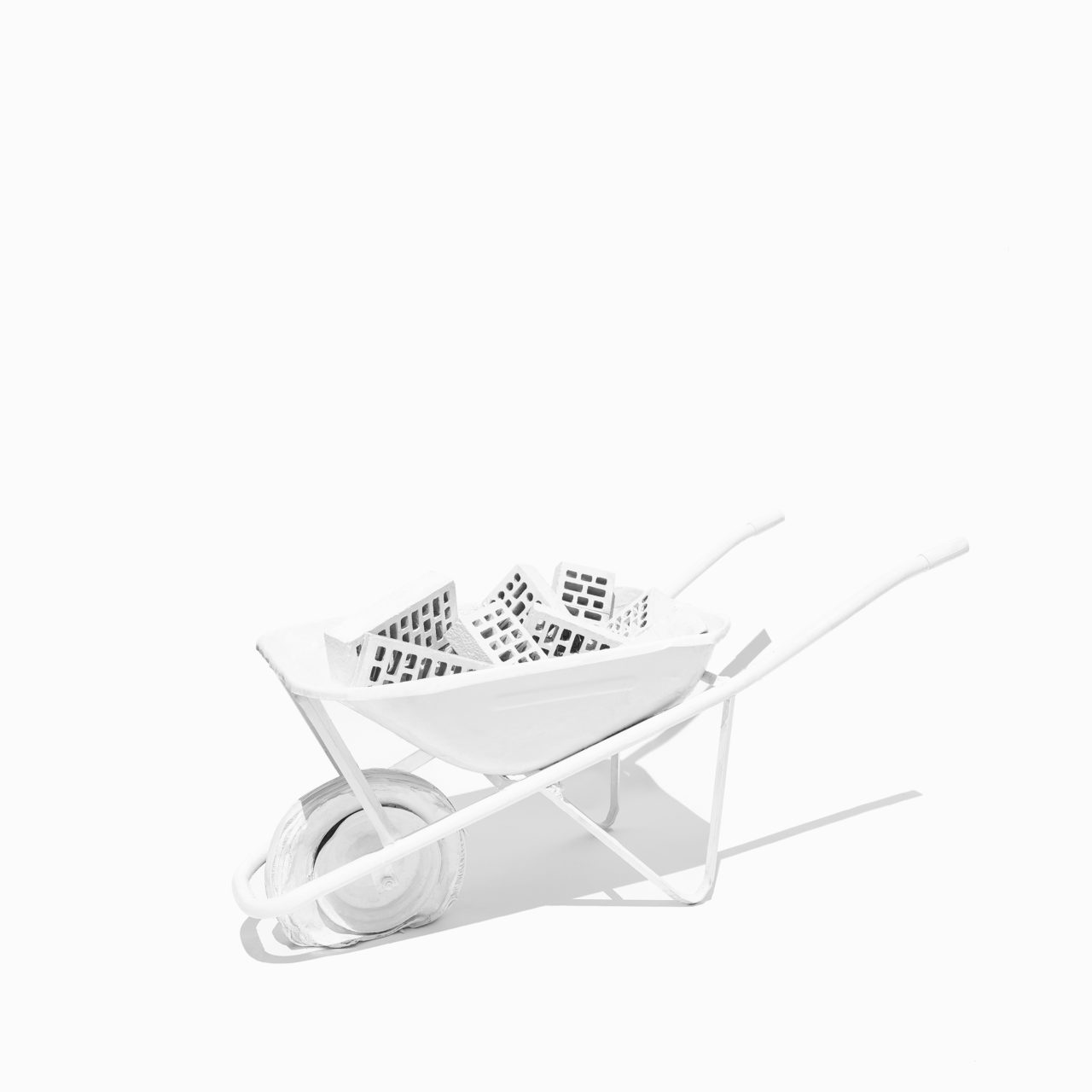 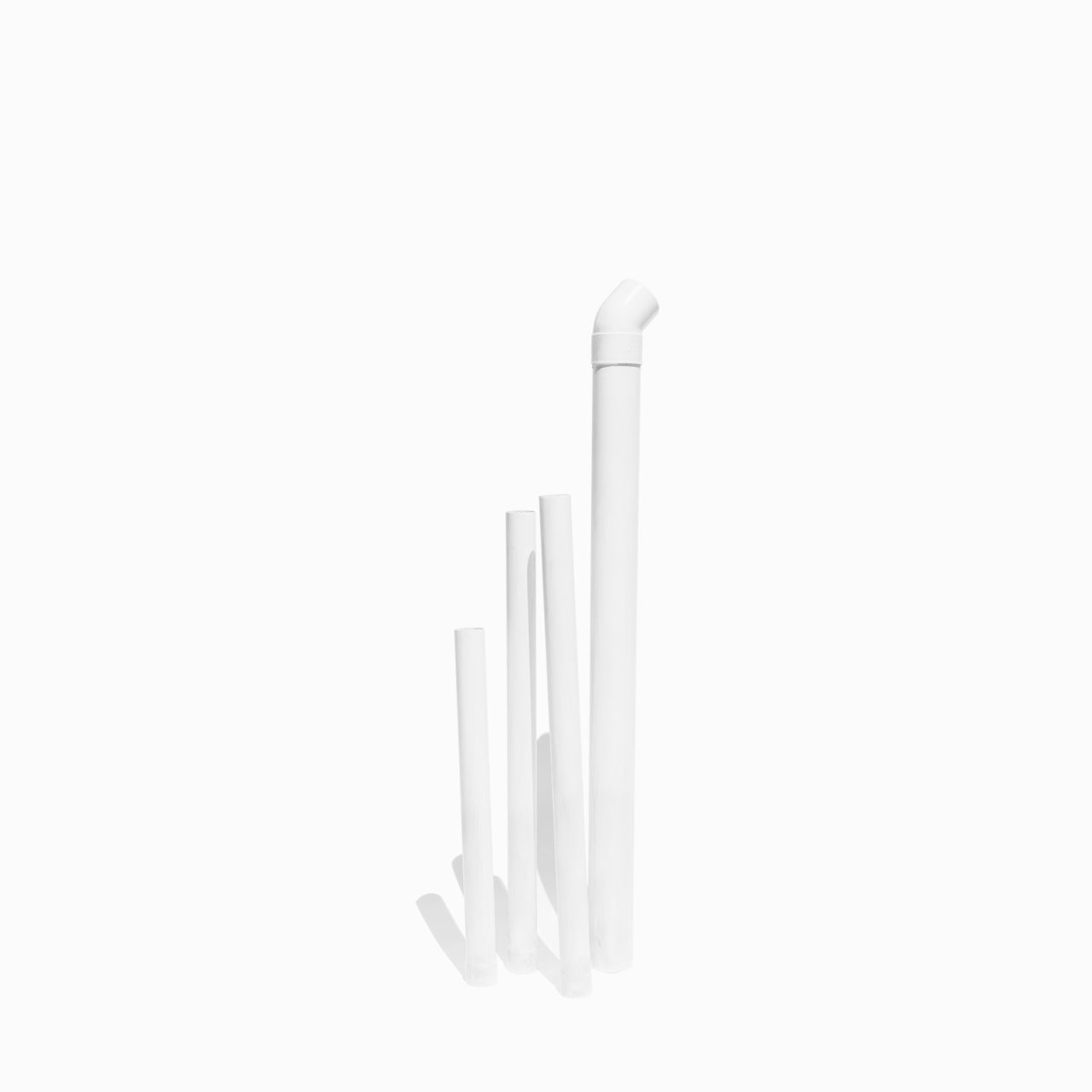 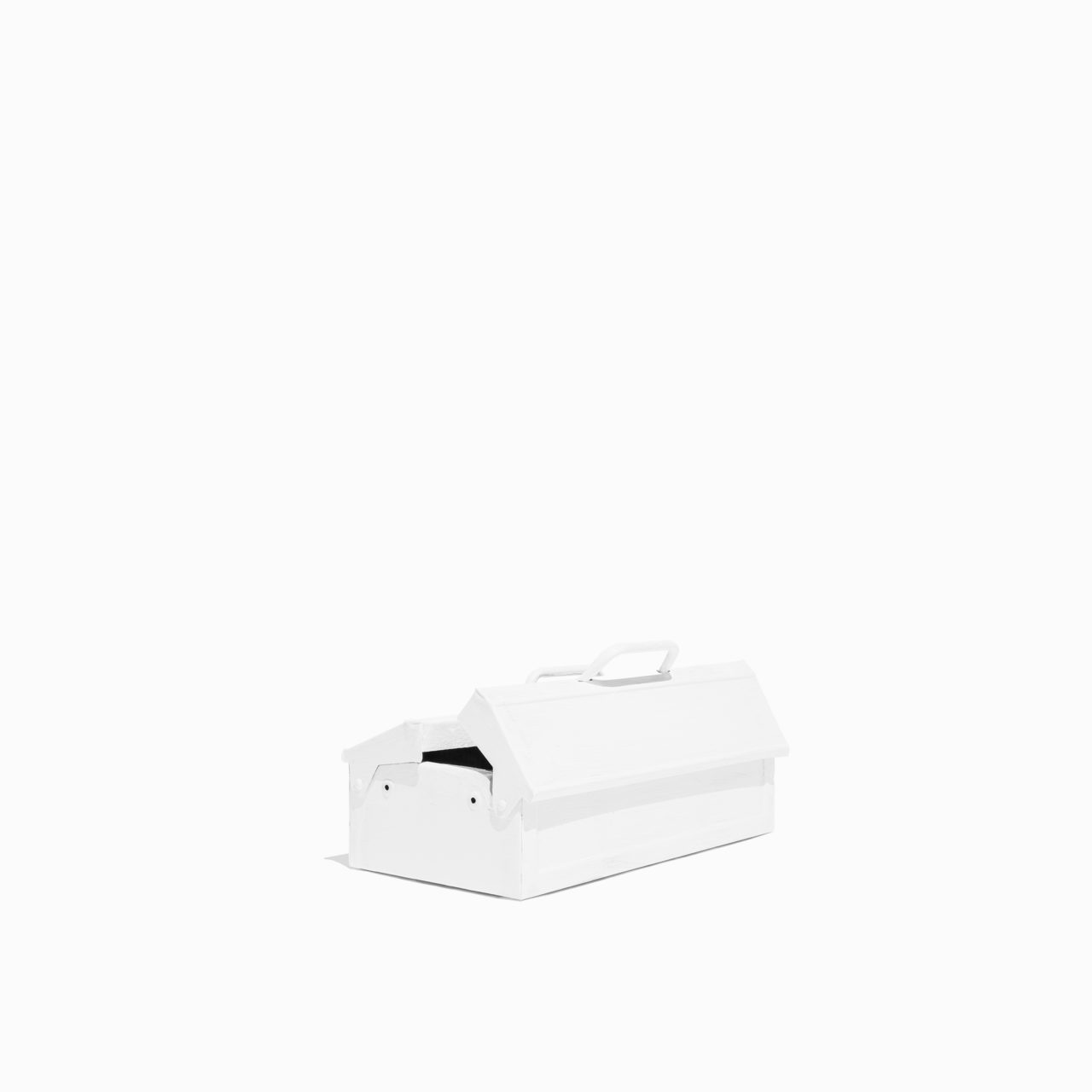 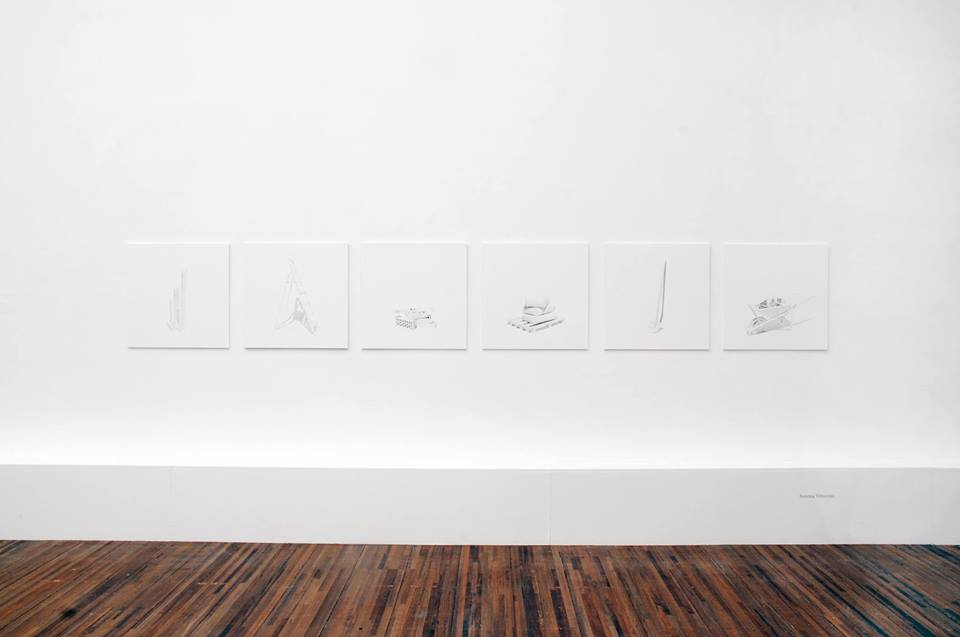 SINEQUANON is a work made in the urban space of the city of L’Aquila (Italy), eight years after the 2009 earthquake that struck the Abruzzo region.

The work stems from the urgent need to reinterpret the reconstruction phase of the city, avoiding the mere representation of the tragedy through the ruins, a common imagery in the post-earthquake period. I decided to carry out this operation by making the everyday objects found in the streets and used for rebuilding- objects we were used to using passively – the actual protagonists of the project. By repainting them entirely in white, photographing them in front of aa neutral backdrop, and thus isolating them from the usual context of the surrounding reality, these objects reveal themselves charged with a new meaning. The intention is to create an alternative reality for them, where this symbolic of the white is the number one essential condition (sinequanon, in latin) for accepting what has happened and what surrounds us, and for activating a critical reading. On the one hand, it visually performs a therapeutic operation of dilation and slowing down, in reference also to time (the time that passes, the time of the long exposure used to create the images). On the other hand it forces us to raise questions, to complete what is perceived by the eye as unfinished. In this way, objects that we are used to not pay attention to are transformed from simple residues into elements that invite us to reconstruct something that no longer exists and that changes but whose symbolic value continues to influence us, in this case the history of a place.

On the occasion of the Images Gibellina biennial, the work is presented in its complete form with bothphotography and installation. In order to integrate the project with a contribution linked to the territory hosting the exhibition, which has many parallels with the history of L’Aquila I have created – thanks to the participation of the inhabitants – a sound work to accompany the installation, made up of the memories of the inhabitants of Gibellina. Their stories allowed me to use their voices as a puzzle that contributes to the construction and reconstruction of the memory of the place through the memories of the individual inhabitants. 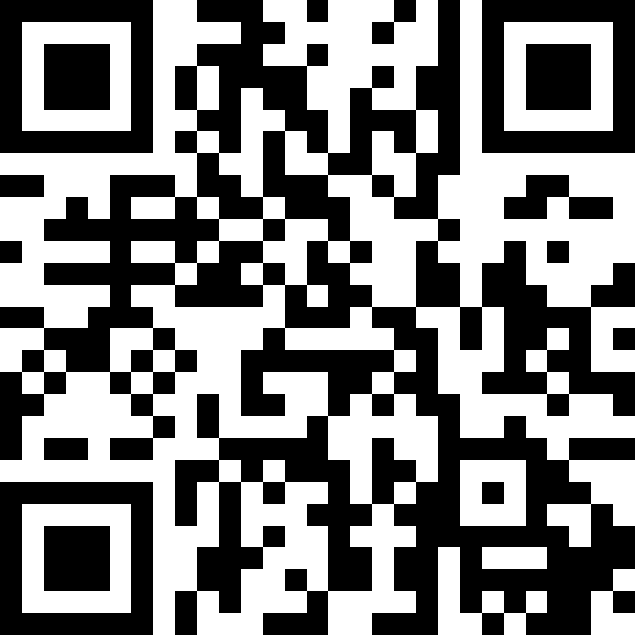 The audio is made up of a collection of fragmentary voices, as memory is, and is bound only by the sounds of the town, the cicadas, the wind, the building sites, the children who still populate the pedestrian walkways. Gibellina has had a history of strong change in the area, so people born even a few years apart have memories of different places, from the old town to the shacks in Gibellina nuova. I therefore decided to mix memories by removing barriers of time and place in order to describe in a broader way the radical change that this territory has gone through in the space of 50 years or so. The children of the new generation are always present in the audio track, as heirs to the historical memory, protagonists of today’s city. One of the inhabitants whose voice is present in the sound track, when asked ‘what will Gibellina be like in 20 years’ time, replied that we mustn’t lose what we already have, a statement that I believe to be an important reminder for the future of cities such as L’Aquila and Gibellina, which are so rich in art and history. 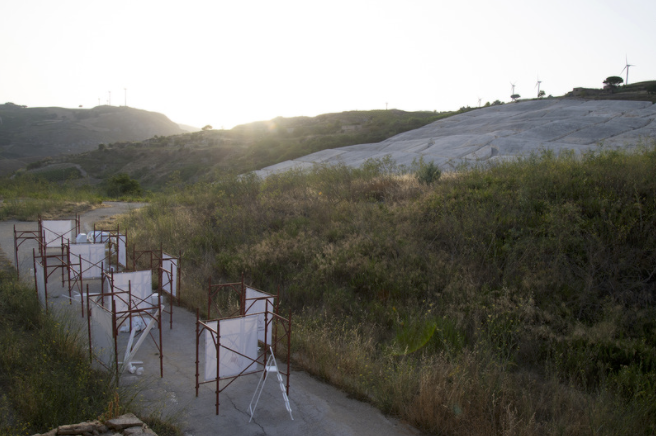 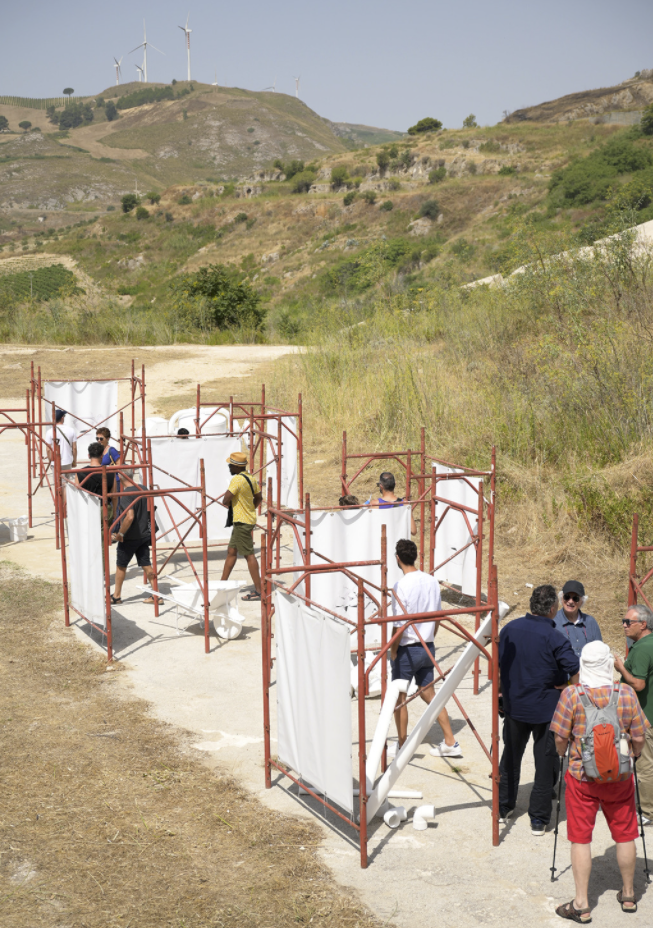 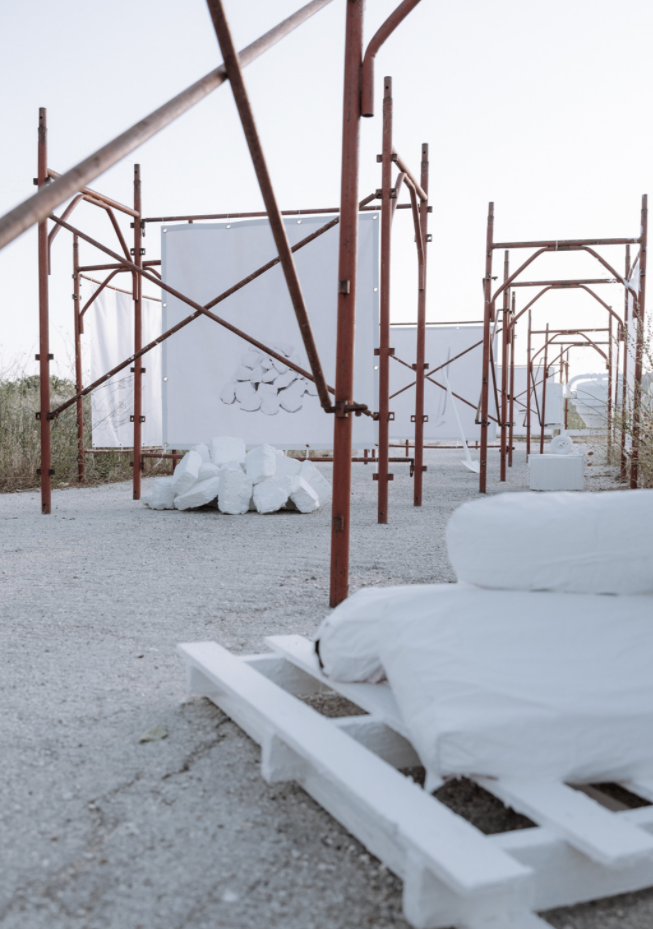 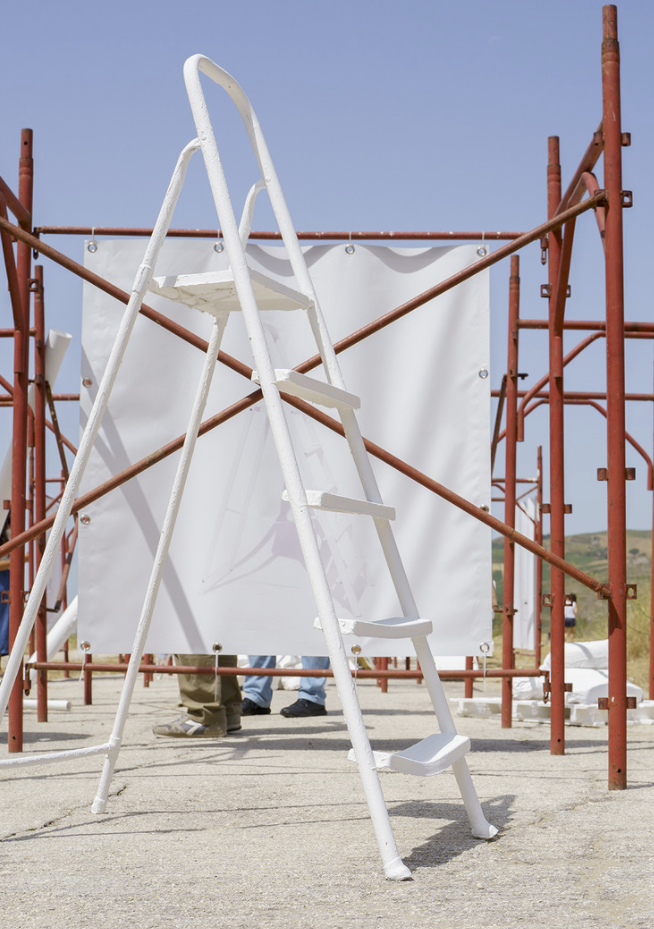